Jonathan (1721-1778) and James (1722-1809) Pitney, Brothers
Morris  County  Tax  records  show  a  dwelling  on  the  site  as  early  as  1720  and  a  deed  conveyed  first  to Jonathan  then  to  James  Pitney  sometime  between  1722  and  1760. During the Revolution, James and his family occupied the main dwelling.  Washington’s headquarters were in nearby Morristown, and wounded soldiers were treated at Hilltop Church, within a mile of Pitney Farm.  Washington’s troops wintered in nearby Jockey Hollow on the Wick family farm. 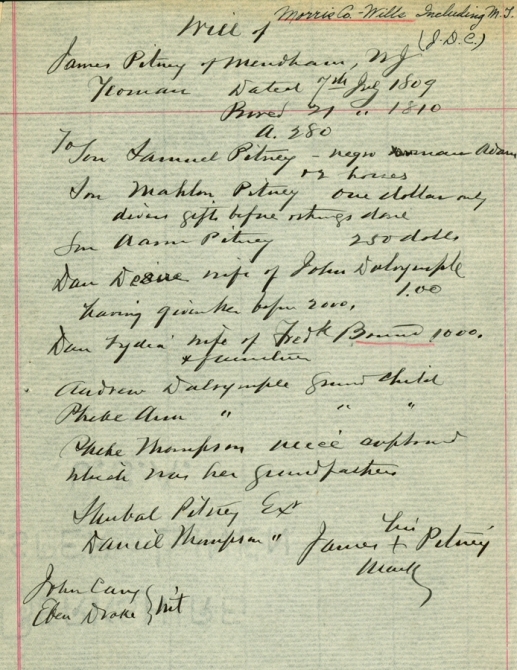 In 1809 Mahlon Pitney received the farm, now 142 acres, from his father James (1722-1809). Mahlon  Pitney headed  the  local  militia, served as a private in the Morris County New Jersey Militia and fought with General Washington in the Battle  of Long Island in 1776.

ey II (1795-1863)
In 1834 Mahlon willed the farm to his son, Mahlon Pitney II who lived on the property until his own death in 1863. Mahlon II married Lucetta Cooper from one of the leading families of Chester. Although Mahlon was a farmer, he also had a wide range of other business interests. The farm had a distillery where apples were turned into applejack. On Mendham Mountain, trees were cut to make charcoal that fueled a bloomery forge where wrought iron was made from iron ore from Dover and  transported by  wagon to markets in Newark, Elizabeth and New York City. He developed the first aqueduct in town and in later life was sought out by many in the community for his good counsel on issues both public and private.

Dr. Jonathan  Pitney, left  Mendham  in  1819  and  rode horseback into southern New Jersey to set up his medical practice, settling  in  Absecon. His visits to Absecon Island convinced him that the island had the climate ideal for a health resort.  With foresight, he declared that only a railroad was needed to make the island bloom.  People were skeptical of the doctor’s talk of a prosperous “bathing village” and branded his railroad the “Railroad to Nowhere.”  Undaunted, Dr. Pitney was instrumental in convincing the municipal authorities that a railroad to the beach at a small settlement named Atlantic City would be beneficial. In 1851, Dr. Pitney wrote the first draft of a railroad company charter and in March 1852, New Jersey granted the Camden and Atlantic Railroad Company a charter to operate a railroad to Atlantic City. True to the promise of Dr. Jonathan Pitney, the railroad created a land boom. Most of all, the railroad brought Atlantic City within the reach of Philadelphians, who no longer needed to endure an all day ride in an open stage coach to reach a bathing beach. He has been affectionately referred to as the founder and “father of Atlantic City.” His home still exists on Shore Road. Recently refurbished, it operates today as a bed and breakfast.

Henry Cooper Pitney, son of Mahlon Pitney II, attended the Hilltop School in Mendham and went on to graduate from Princeton University. He practiced law in Morristown, living at 43 Maple Avenue, a home constructed between 1860 and 1864. In 1863 Mahlon Pitney II left Pitney Farm to his son Henry, who leased the property to tenant farmers and for several years continued to operate the Cider Mill. Henry purchased additional tracts of land, increasing the property size to 200 acres.  During his lifetime, the farm established peach orchards and shipped  their  product  to  market  via  the  Rockaway Valley Railroad (1888 – 1917), known affectionately as the Rock‐a‐Bye  Railroad. In the late 1880s, Somerset County peach farmers had banded together to build a railroad to bring their crops to market. The line reached up into Morris County and made a stop at the Pitney Farm that was specially noted for its “Morris Whites” peaches. A reliable water supply was one of the issues that lead to the founding of Mendham Borough in 1906. When  an  additional  water  source  was needed  to  meet  the  demands  of  residents  and  businesses  within  Mendham’s  town  center, Henry generously donated the water rights of his property to the new Borough. A reservoir and gravity feed system was proposed.  His son Frederick Vernon Pitney (1869-1933), a local engineer, served as engineer on the project. Through a long and venerable legal career, Henry rose to become the Vice Chancellor of the Court of New Jersey. Two of Henry’s other sons continued in the practice of law. When Henry died, the Mendham Borough Council issued the following homage: “The death of Henry C. Pitney in January, 1911 was a great loss to the Borough. The Council felt if it had not been for Mr. Pitney’s love for his home town that we would not have been as progressive as we were and his efforts with the water supply were of such great value.”

Joseph S. Watkins was the great grandson of Mahlon Pitney and the son of Phebe Pitney Watkins (who was the sister of Henry Cooper Pitney). Joseph was born in Mendham in 1843. He fought in the Civil War, enlisting in 1861 and serving as a Corporal in the 7th NJ Regiment. Joseph died of wounds received in the Battle of Williamsburg on March 31, 1862 at the age of 19 years. The record of this sad loss was etched in a windowpane at the farm by his mother and is still visible today. 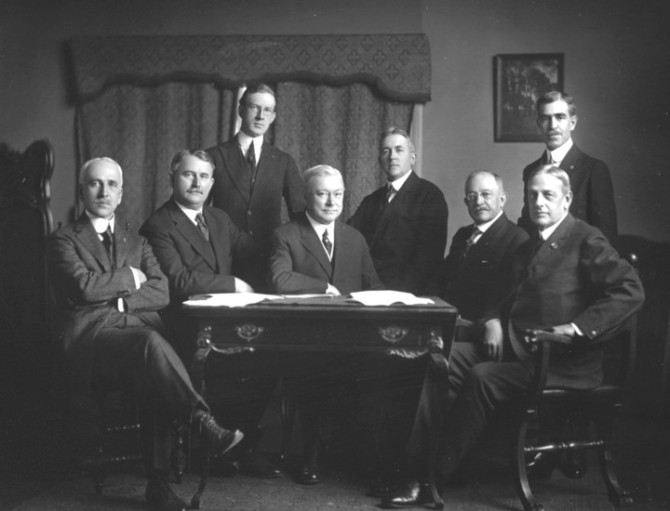 J.O.H. Pitney (1860-1928)
Like his father Henry Cooper Pitney, John Oliver Halstead Pitney was a successful lawyer in Morristown.  He founded the firm of Pitney Hardin & Skinner, known today as Day Pitney. He was a director of the Morristown Library from the time of its organization in the late 19th century. In January 1890 John O.H. Pitney married Roberta Ann Ballantine, granddaughter of Newark brewery magnate Peter Ballantine. John’s marriage to Roberta, with all the benefits deriving from connections with the reknowned brewing family, brought prosperity to the Mendham farm. John bought out his brothers’ and sisters’ shares in the farm and purchased an additional 50 acres that returned the farm to the original 1760 configuration. The farming operation was expanded to include a dairy operation. He later added 400 acres in the valley and 300 acres on the hill, called the woodlot.  John and his family resided in Morristown and a farmer lived in the original house. In 1911 Henry Cooper Pitney left the farm to his son John. J.O.H. Pitney wrote a history of the Pitney family around 1926. At this time, John and Roberta, residents of New York City, decided to make Pitney Farm their summer home.  In 1935, extensive additions and renovations were made to the main house (described below). 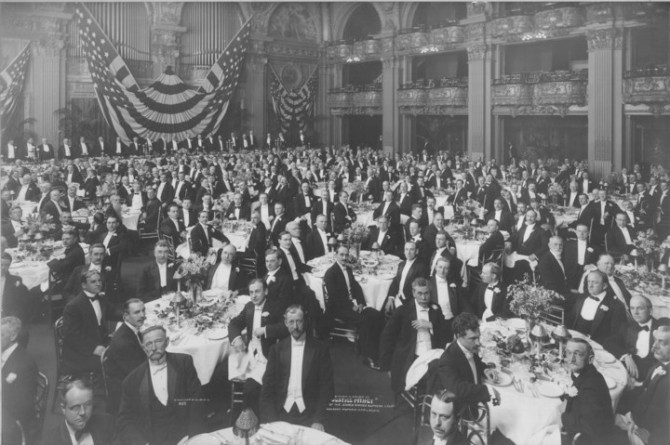 Mahlon Pitney III, son of Henry Cooper Pitney and brother to J.O.H. Pitney, also pursued a legal career.  Mahlon Pitney served two terms in Congress. Following in his father’s path, he rose to become a Vice Chancellor  of  the  New  Jersey  Court  and  was  later appointed  the  65th  Justice  of  the  US  Supreme  Court  by President  Howard Taft, serving from 1912 until 1922.

James Duncan Pitney (1921-2005)
J. Duncan Pitney, son of John Ballantine Pitney and Francine Williams Pitney, brother of John Williams Pitney and husband of Kathleen Troast Pitney, served during WWII in India, flying aviation gasoline into China. Air crews flying heavily-loaded C-46 transports faced the dangers of bad weather, high altitude and hostile enemy aircraft. Duncan sketched and painted for most of his life. He was best known for his oil paintings of the sea, clouds and other natural subjects.

Pitneys Who Served Their Country in Time of War

Pitneys served with distinction not only during the Revolution but the Civil War, World Wars I & II and Vietnam.

Mahlon Pitney headed the local militia and served with the Morris County NJ Militia, fighting with General Washington at the Battle of Long Island.

Joseph Watkins, Jr. fought and died at age 19 in the Civil War Battle of Williamsburg. 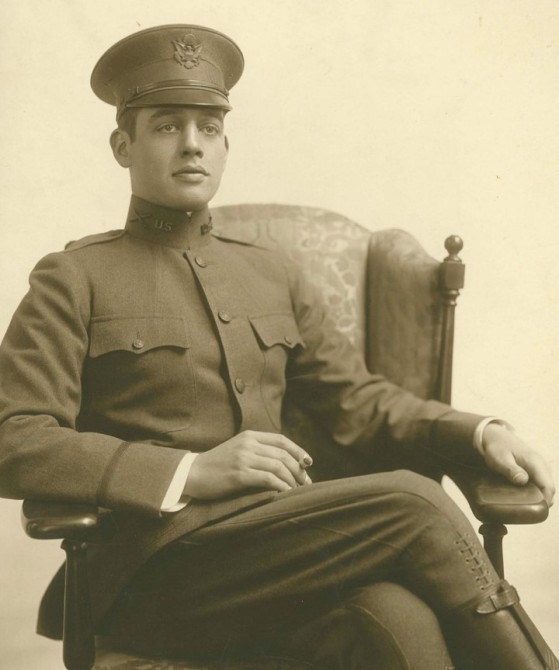 John Ballantine Pitney (1892-1926) was a veteran of WWI, serving as a Captain in the Field Artillary.

John  Williams  Pitney was  lost  in WWII  during  the  Battle  of  Guadalcanal in 1942 on  the  USS  Juneau, the same vessel on which the five Sullivan brothers lost their lives. John was posthumously awarded the  Purple  Heart  for  valor. 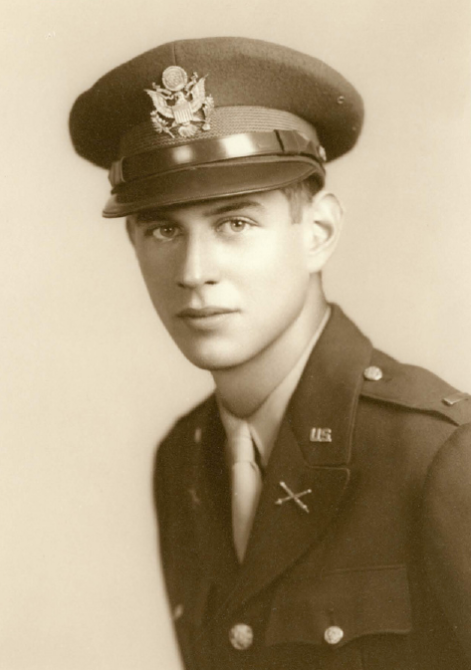 James Duncan Pitney served during WWII as a pilot in the Pacific theater of war.

At  various  times between 1821 and 1981 members of the Pitney family served on the township’s governing body: